City Bath, City Library, park, café and space for children all in one place

See the future of Grössling

A bath is a place for gatherings, relax and immersing oneself in water as well as in conversations.

This also applied to the Grössling Bath, which is now coming back to be a social place for everyone. 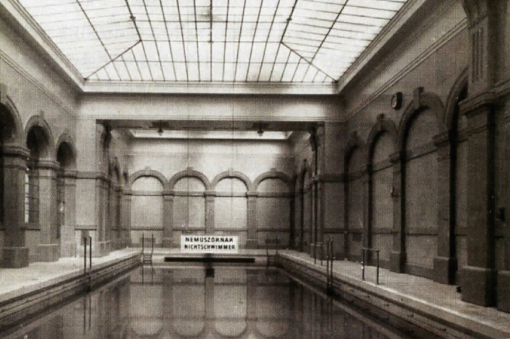 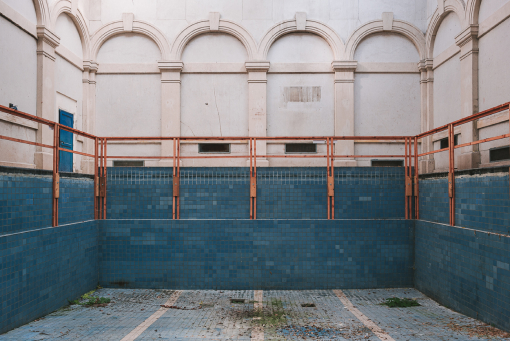 The City of Bratislava and the Metropolitan Institute of Bratislava have the intention to restore the original function of the Grössling Bath and complete it with new forms of cultural-community activities and thus open the space to the public. 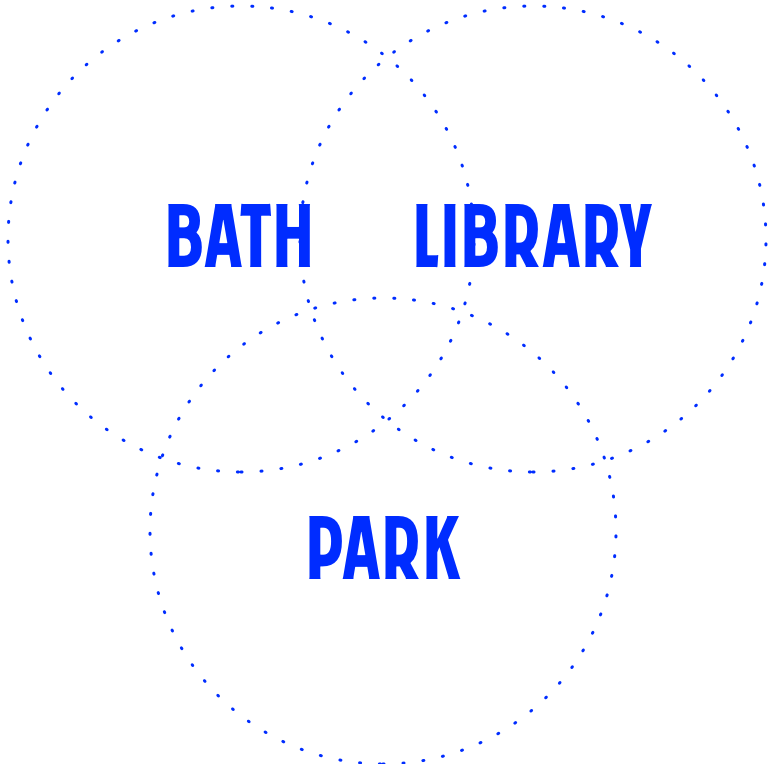 In addition to the renovation of the bath section, we also plan to move part of the City Library into the separate area of the object and thus create a public institution which will be accessible to everyone.

The main idea of the Grössling object is to immerse oneself in the bath atmosphere of Bratislava, in a relaxing environment, as well as in books in a quiet space of the library. The branch of the City Library will offer an interesting program, also a café, which will become an open space with the kids zone and a reading space of the daily press and the latest publications. The concept also includes the renovation of public spaces, the surrounding area of the building and creating a park on Medená street. 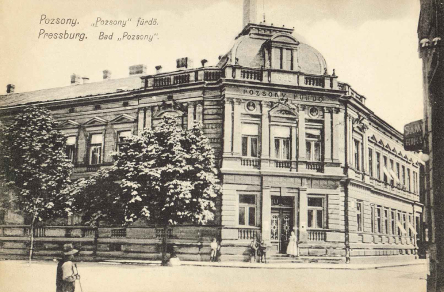 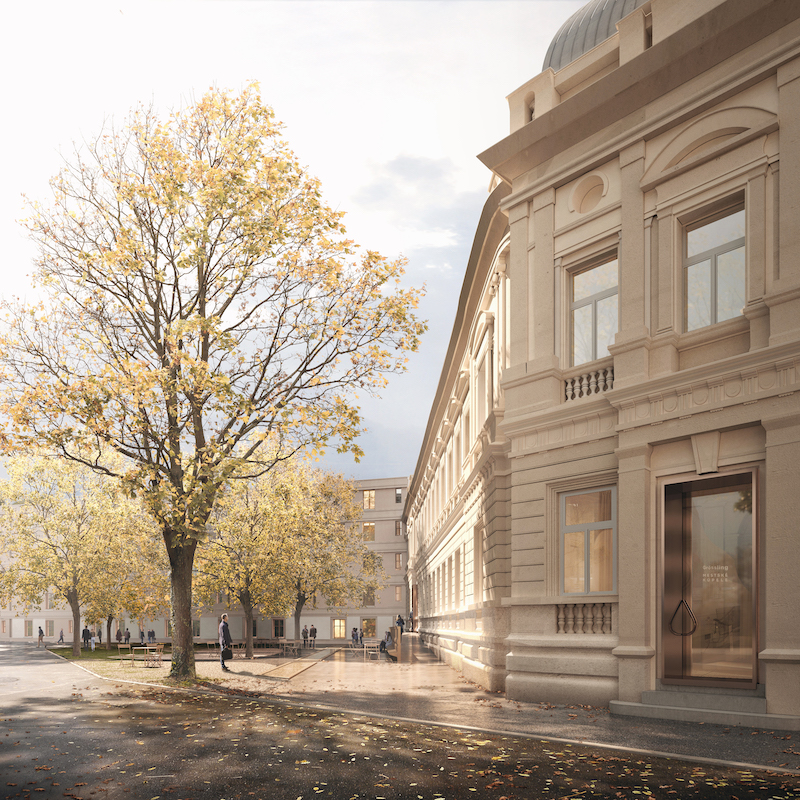 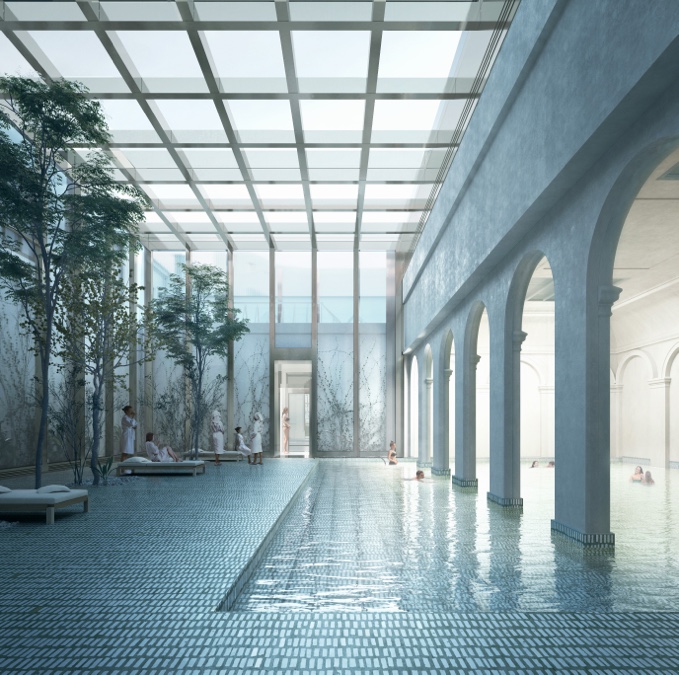 “The winning design of the architectural competition allows not only to restore the architectural significance of Grössling, but also to rediscover the ancient social and cultural value it has for the city of Bratislava.” 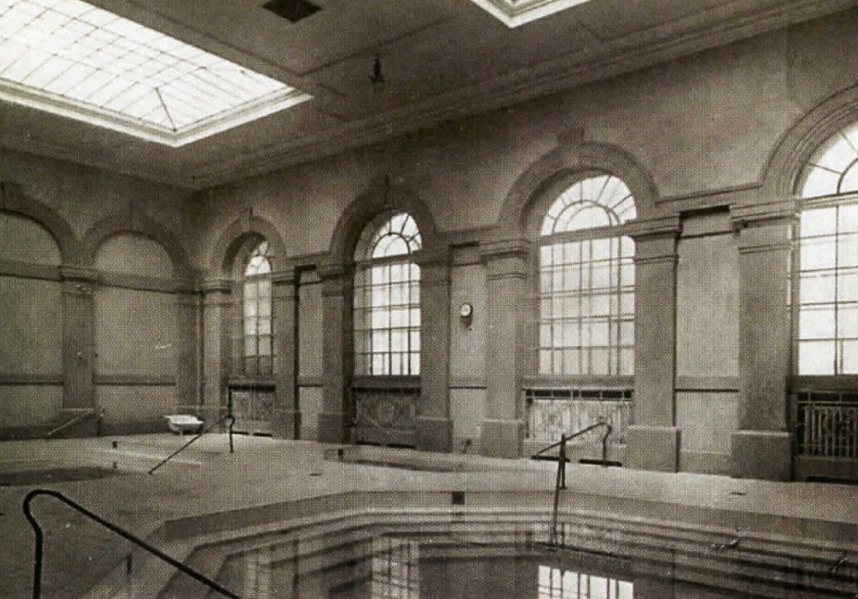 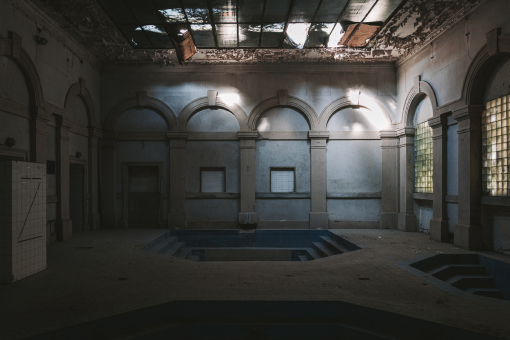 The Grössling City Bath is an iconic building of Bratislava. The heyday of the building dating from 1895 was in 1914, when the part for swimmers and other recreational facilities were added to the recreational and balneo baths. In those days the townsmen used the bath not only for cleansing and sports, but also as an important meeting point. This function of the bath is what we would like to bring back to the city and its citizens. 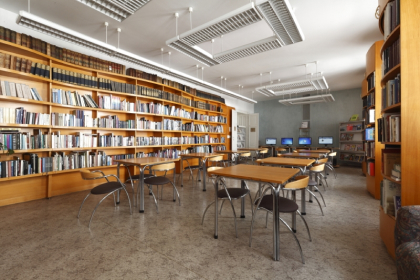 The City Library in Bratislava established in 1900 is the oldest and the largest public library in the capital city. Currently it is located in two places: in a block on Kapucínska and Klariská street; and in the building on Laurinská street. However, the premises on Laurinská street are in bad condition and the library has insufficient spatial capacity and poor technical condition.

Moving the part of the City Library from Laurinská street to the Grössling is an opportunity for its restart – the updating and modernisation of its equipment, activities and services.

At the same time, the new library opens up a space for dialogue on how the modern city library should look like and how it should function. We want the City Library in Grössling to develop into an open space for active events, meetings and exploring.

What else is coming up

Public space is an important part of the Grössling concept. Therefore, we are revitalising the park on Medená street which shall become the gateway into the object.

A café with reading space will offer a great opportunity for immersing oneself in the latest publications, daily press or a convivial discussion.

The kids zone in sight of parents will provide safe and pleasant environment for families with children. 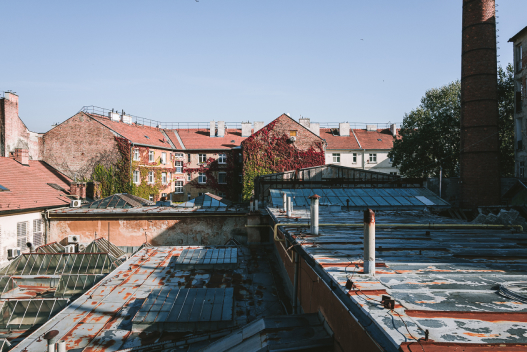 Announcement of the competition

Results of the 2nd round

Results of the 1st round

Public presentation of the competition results

Commencement of the object reconstruction

Announcement of the competition

Results of the 1st round

Results of the 2nd round

Public presentation of the competition results

Commencement of the object reconstruction 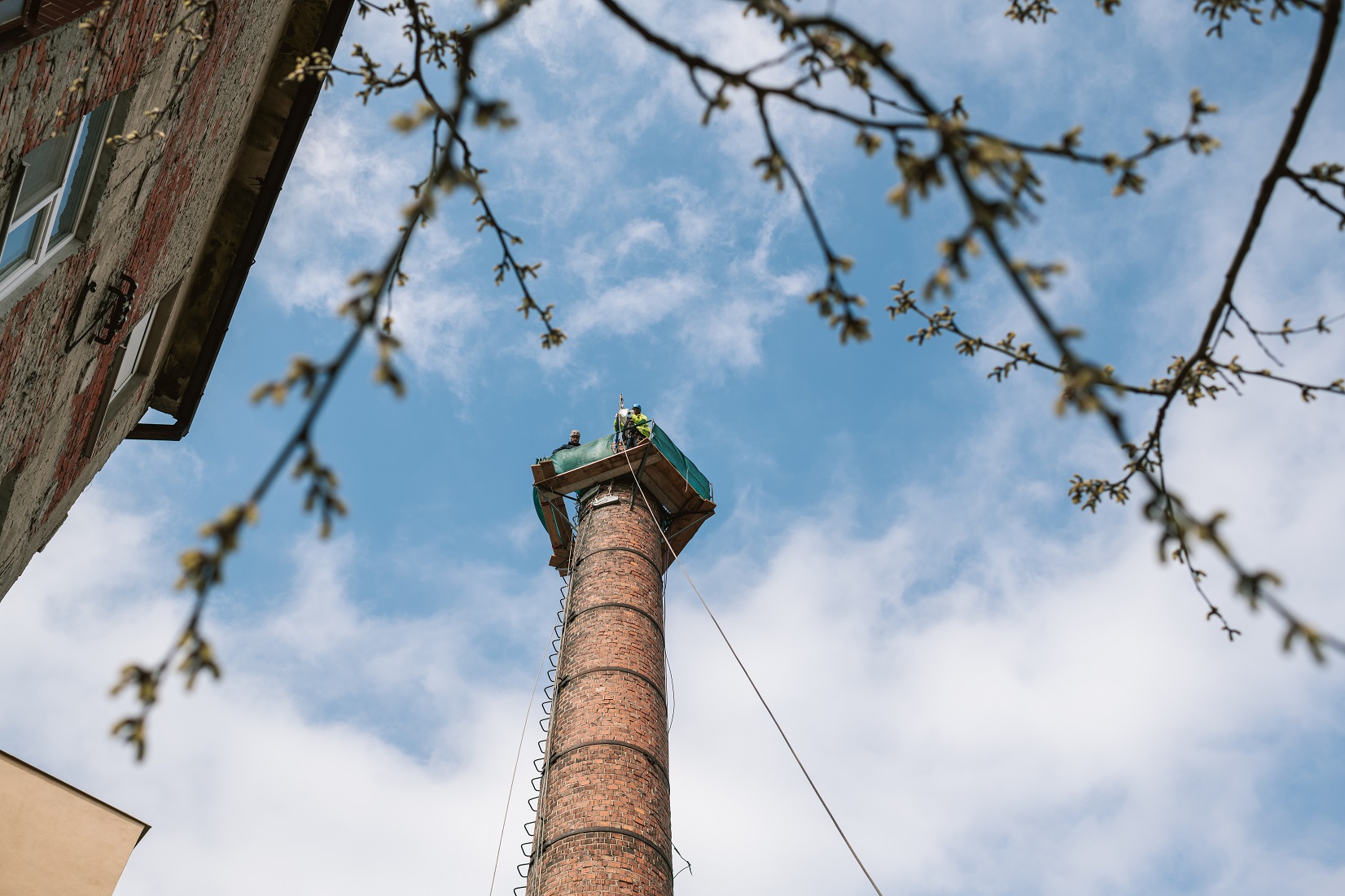 The reconstruction has begun

Preparatory construction work has begun. The reconstruction works also include the renovation of the chimney from 1914, or the removal of redundant buildings on Kúpeľná Street, where an outdoor swimming pool will be created later. Non-load-bearing structures that have been added to the spa since the 1970s will also be removed. The intention is to return the building to the preparatory state so that a comprehensive reconstruction can begin according to the winning design from the architectural competition. 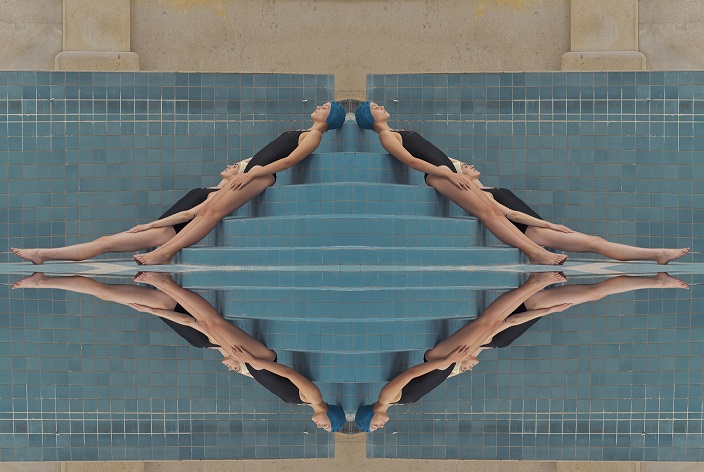 In her unique way, Mária Švarbová documented the current state of the Grössling Spa. Mária Švarbová is an internationally recognized Slovak photographer working mainly abroad. The main inspiration for her work is architecture. Since 2014, she has been working on the “Swimming pool” concept, where she has documented more than 13 swimming pools from Slovakia. 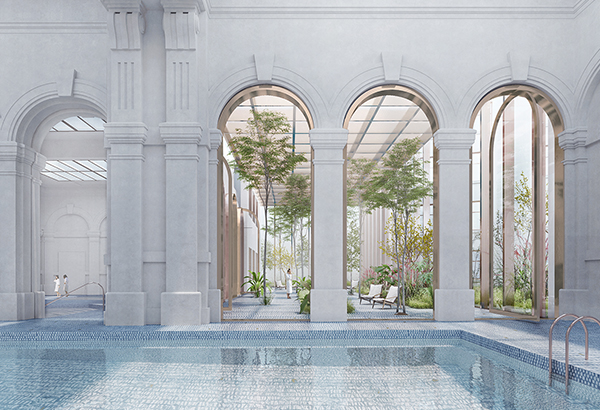 Results of the architectural competition

The winning design of the architectural competition allows not only to restore the
architectural significance of Grössling, but also to rediscover the ancient social and cultural
value it has for the city of Bratislava. The design fulfills the vision of connecting the function
of the bath, the city library and the house of literature, allowing you to create a contemporary
model of a complex building that benefits from its diverse functions. 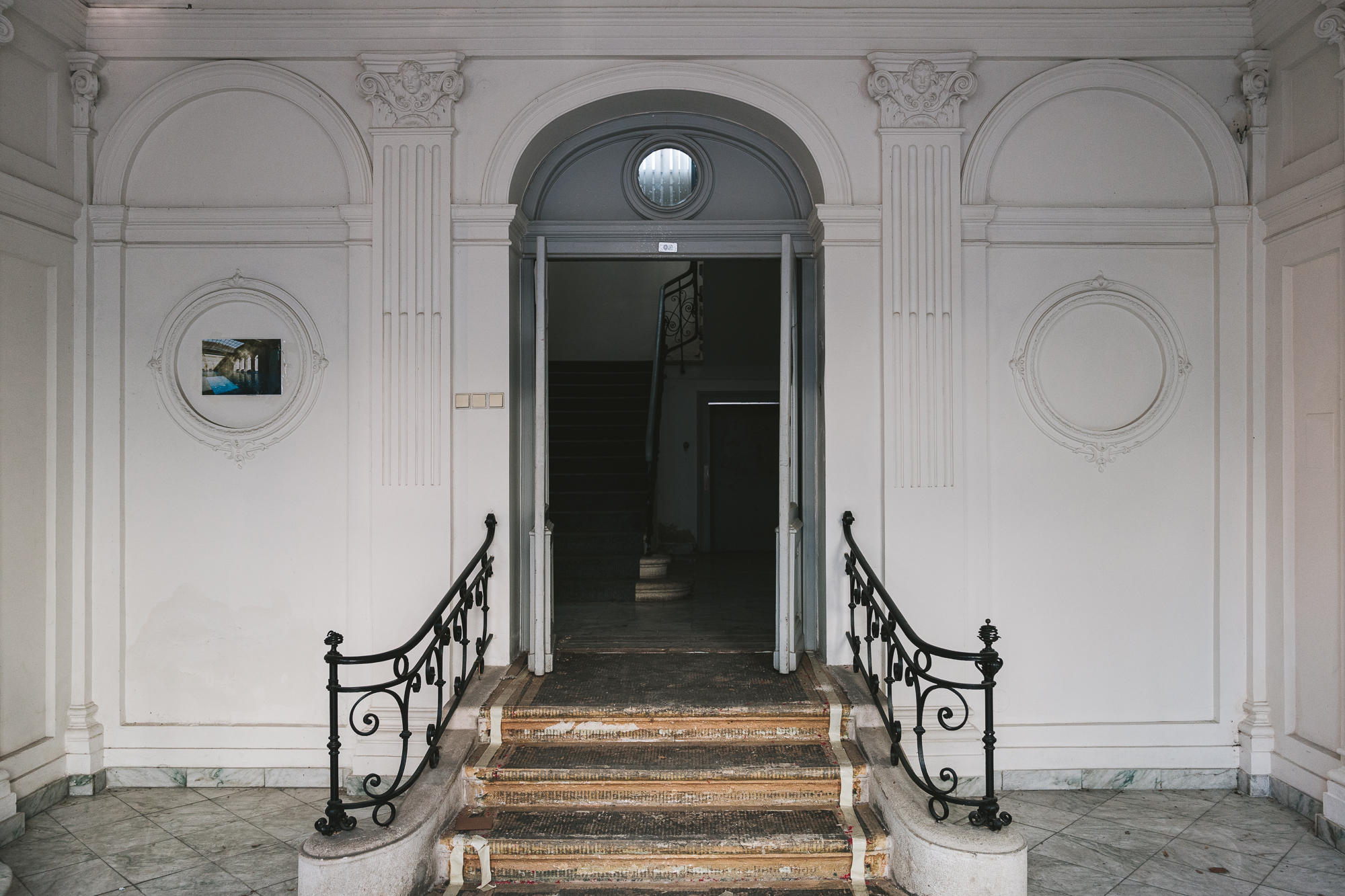 77 teams have joined the first round of the architectural competition. Five proposals were chosen to continue to the second round by international jury. Results of the competition will be announced in October. 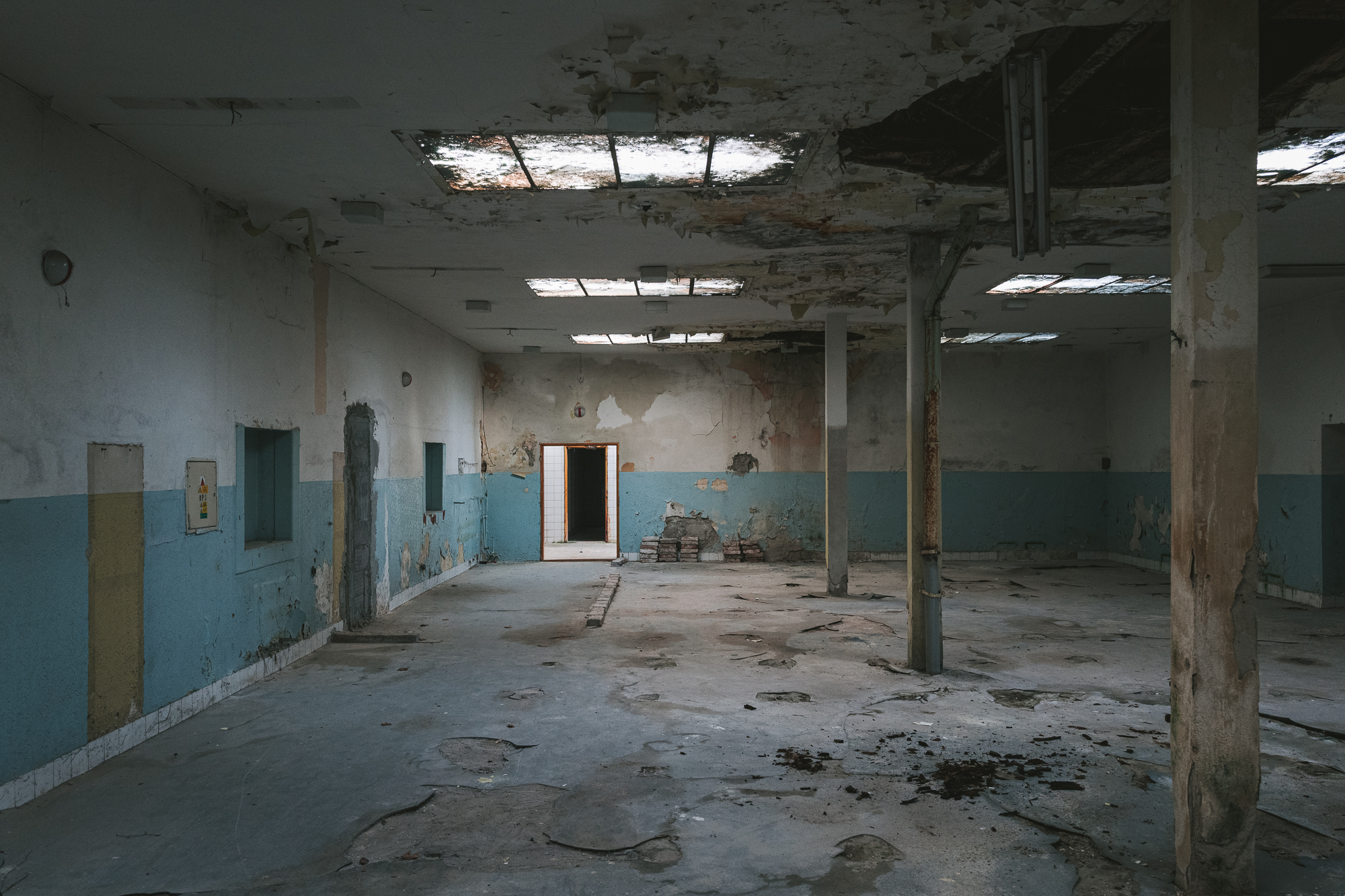 Due to the current situation with COVID-19 live inspections of the designed object will not be possible therefore we have decided to make an “online” tour available for everyone. For interested parties, we are releasing an online virtual tour as a video and 360° virtual tour. 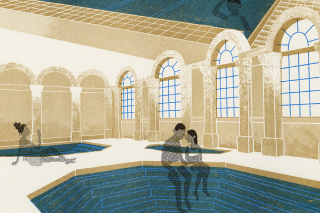 GRAPHICS FROM THE PROJECT ČIERNE DIERY

On the occasion of announcing the international architectural competition, the project Čierne diery, in cooperation with Adela Režná, created graphic artwork documenting the atmosphere of the Bath. Participants in the competition advancing to the second round of the architectural competition will receive some of the donated pieces. We believe that these valuable graphics can also motivate the architects to submit their design. 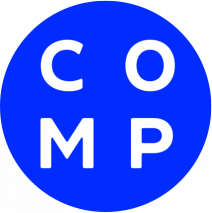 Last year we successfully cleaned the object from waste which had accumulated during the last 26 years. We carried out surveying of the object, a structural-technical assessment and an assessment of dampness of the entire object, revision of the chimney, historical research, during which, with the use of drill holes and the original documentation, we prepared a detailed analysis of the historical elements. In cooperation with many experts we were able to prepare the basis on which we announced an international architectural competition for the renovation of the object.

In addition to the historical and technical documents, during the year´s preparation we also started to clean and preserve the building in order to avoid further deterioration of its technical condition. In the course of these works we found old ceramic tiling in the object dating from 1895, 1914, 1929, 1942 and 1972. And based on these colours and patterns, we started to build the identity of the new Grössling. It is one of the first steps in the creation of its identity, and then it will be completed according to the results of the competition. 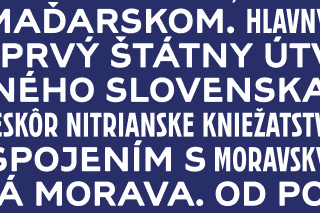 OLD FONT IN A NEW SHAPE

We believe that not everything must be newly created. Therefore, in cooperation with the typographer, Ondrej Jób, we have created the font of the Grössling based on old photos. The return of the old font is one of the many small steps in returning the soul to the abandoned object. 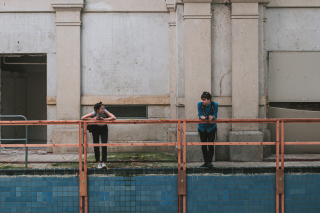 TOURS OF THE BUILDING

Unfortunately, the current technical condition of the building does not allow us to show you its beauty. We have therefore decided to capture it in cooperation with the photographers Nora and Jakub, who have documented the current state of the Bath in photos. Our aim is to capture the entire course of the building´s transformation so that we can show it to you after the reconstruction. News about the reconstruction is available on our Instagrame. 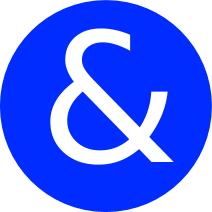 INVOLVEMENT OF THE PUBLIC

We don’t want to carry out the renovation of such an important object as the Grössling Bath is without you. We want to involve both professionals and non-professional public in the reconstruction process so that the new look of the object is a common decision. Forms of public involvement are gradually being developed and they will include questionnaires, neighbourly gatherings and other activities.

NEWS ABOUT THE RECONSTRUCTION

Follow the continuing reconstruction and peek into the history, the present as well as the future of Grössling on our Instagram.

Don’t miss out on the news about the reconstruction process and gradual revealing of the plans for Grössling renovation. Subscribe to our newsletter and be the first to know about the current progress. We promise that you will not get any spam from us.